Bruges and a little more of Brussels

11/09/2012
For our 2nd day in Belgium, we decided to head an hour north-west to Bruges. It was quite the picturesque little town. 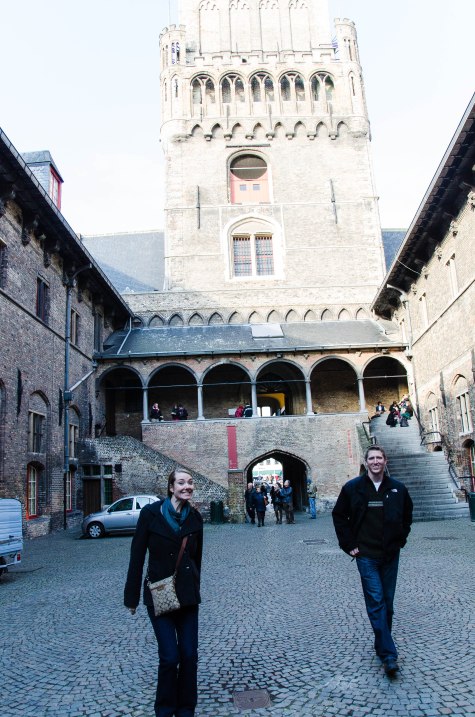 We walked through a lot of the chocolate and cookie shops. 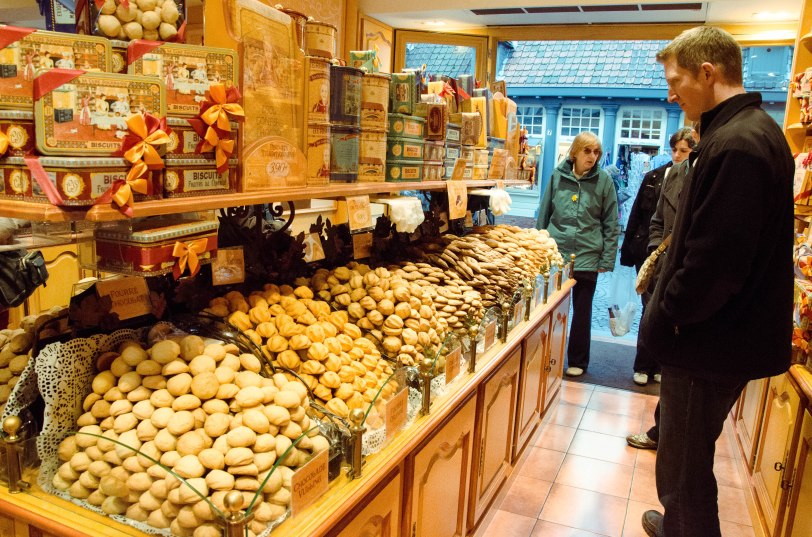 Just one of the several cathedrals. 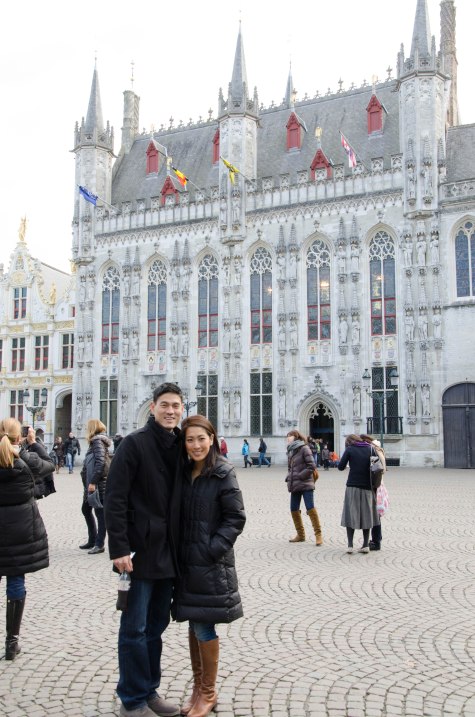 Boat ride tours through Bruges – the same as the one from ‘In Bruges’. 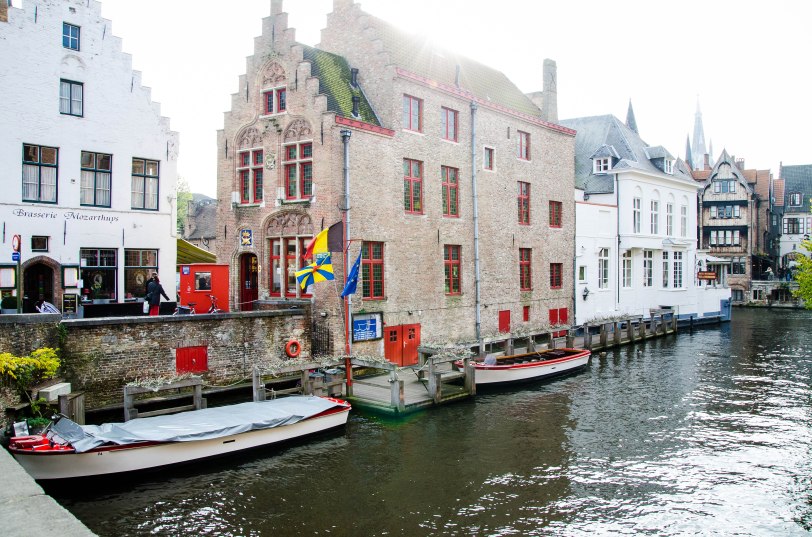 Waiting for our boat ride.

Some photos from our tour.
We could not understand a thing the man driving the boat said in English except for when he said at the end that it was customary to tip the driver/tour guide back in the states. 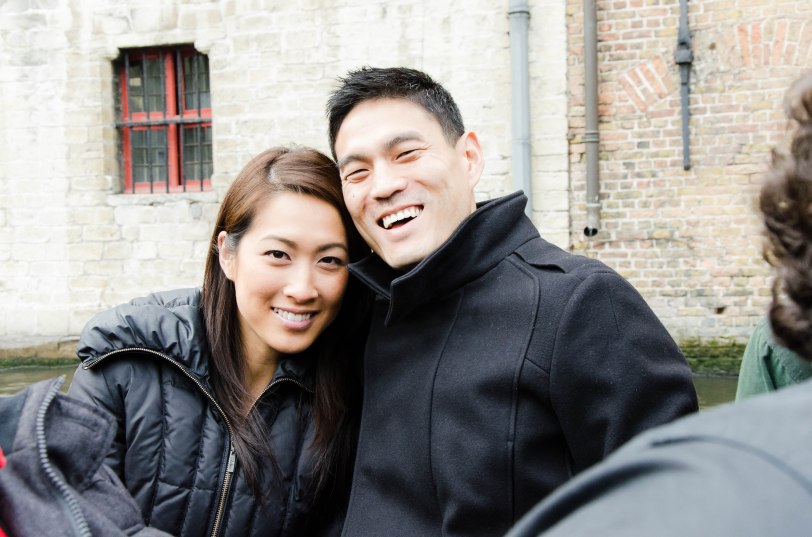 Went under several of these very low bridges. 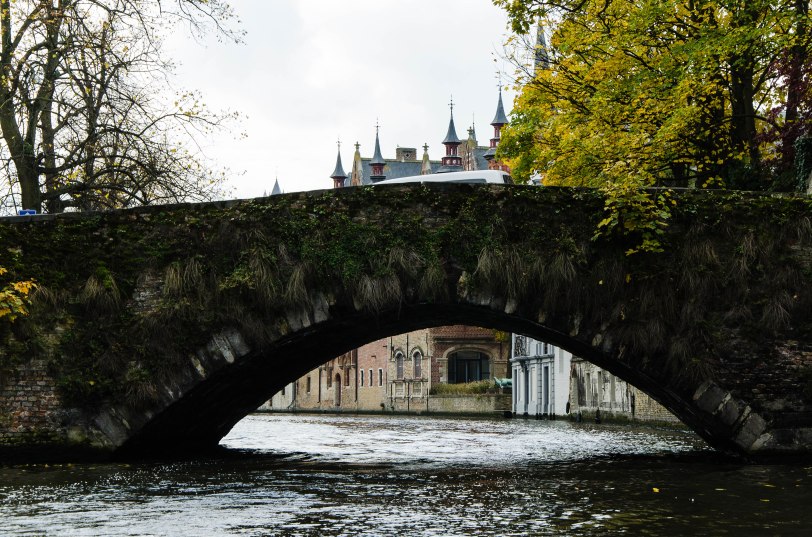 For those who have watched ‘In Bruges’, this is the house where Brendan Gleeson picks up his gun. 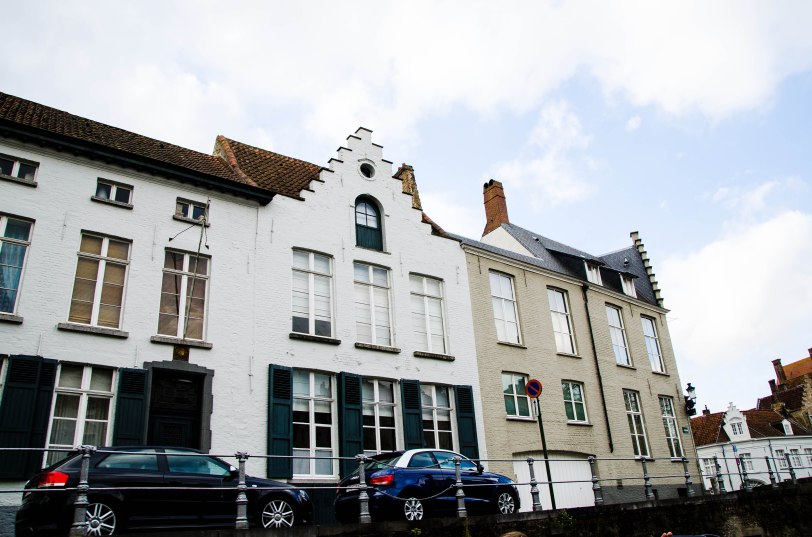 After our little tour, we decided to check out one of the bars along the canal for an afternoon drink before heading back to Brussels.

It took us awhile to get back to Brussels because of traffic. Thankfully, Jed was there to keep Andy company while the girls slept. =)
For dinner that evening, we ended up at Le Fin de Siecle – a hidden gem in Brussels that Andy heard about from one of his buddies. This place had no sign outside and their only menu is on a large chalkboard above the bar. You only see the crowds from the outside, which make you wonder what that place is all about.
The food was delicious & stuffing! 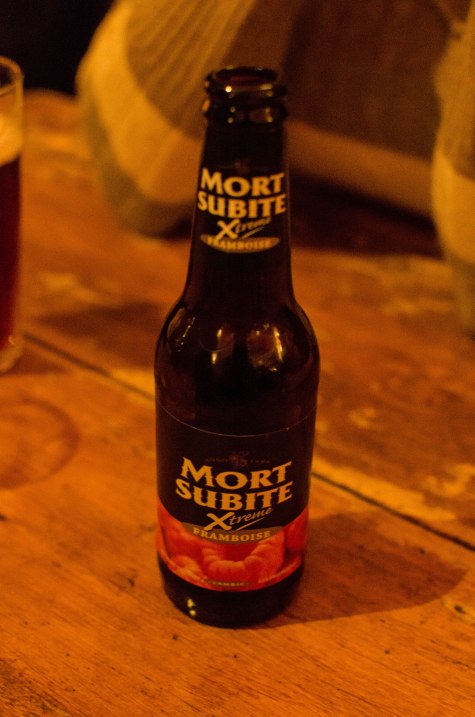 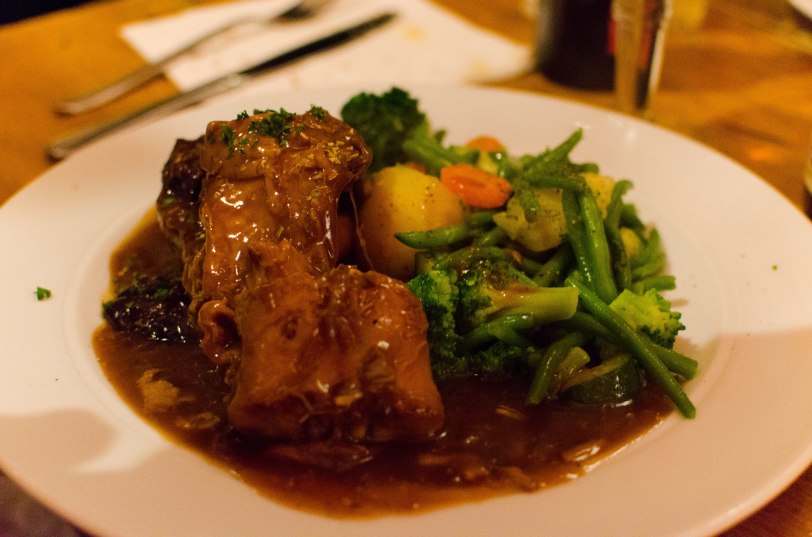 11/10/2012
For our last day in Brussels, we decided to visit the Magritte Museum & the last historic brewery in Brussels, Cantillon.
Along the way, we made a few stops for more sweets and photos.

Walked through a small Christmas market. 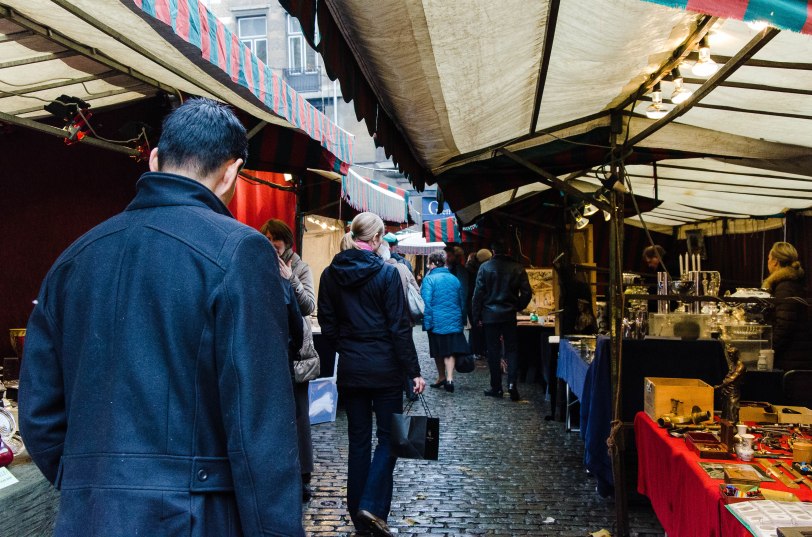 Next to the museum was the King & Queen’s Palace. 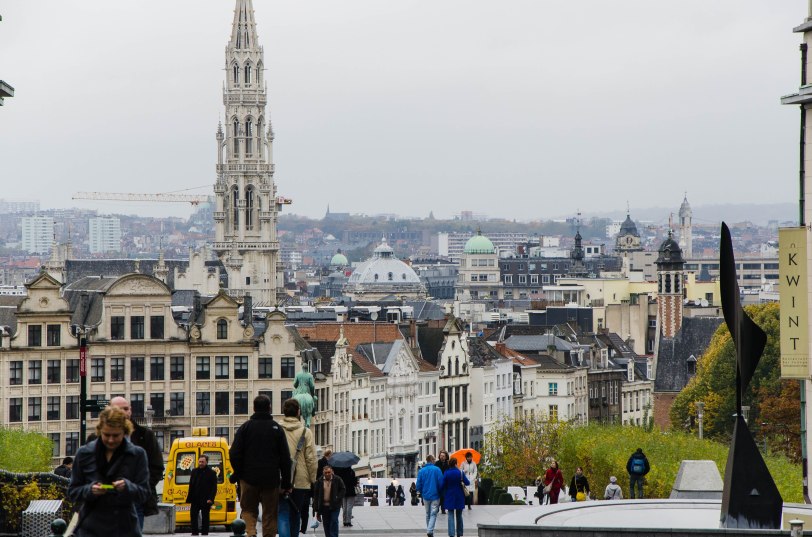 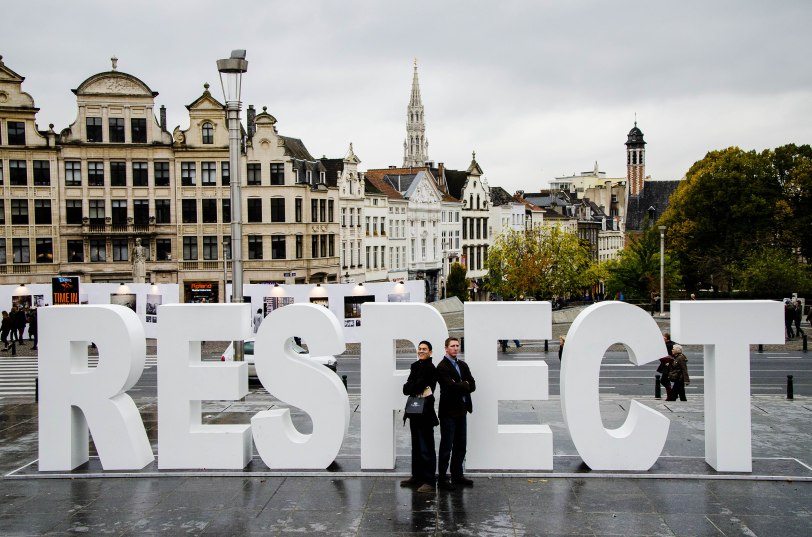 Inside the Cantillon Brewery. 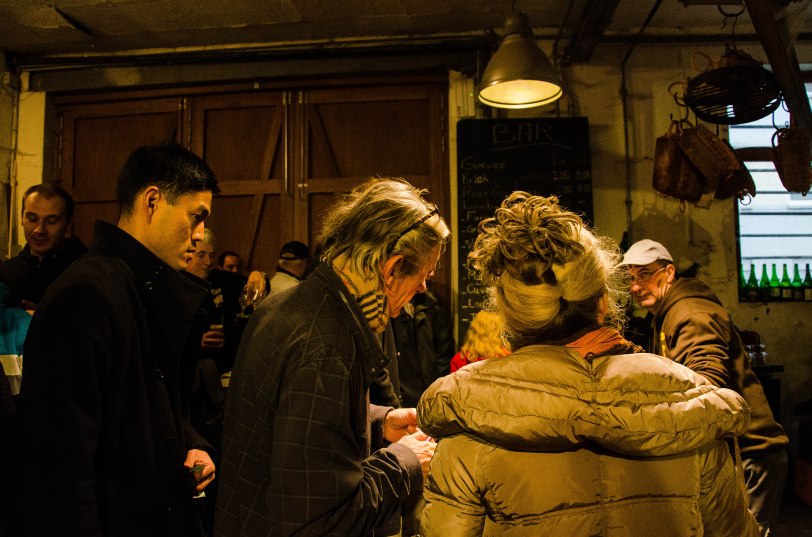 11/11/2012 – Jed & Sarah’s last day
After Sarah & Jed packed up all their stuff for the airport, we headed up to Berg Nanstein (the castle above our neighborhood) for a final drink. 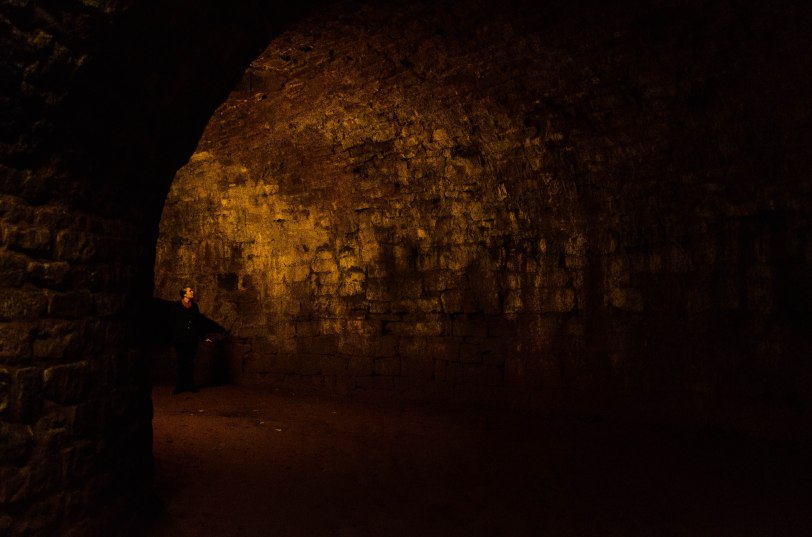 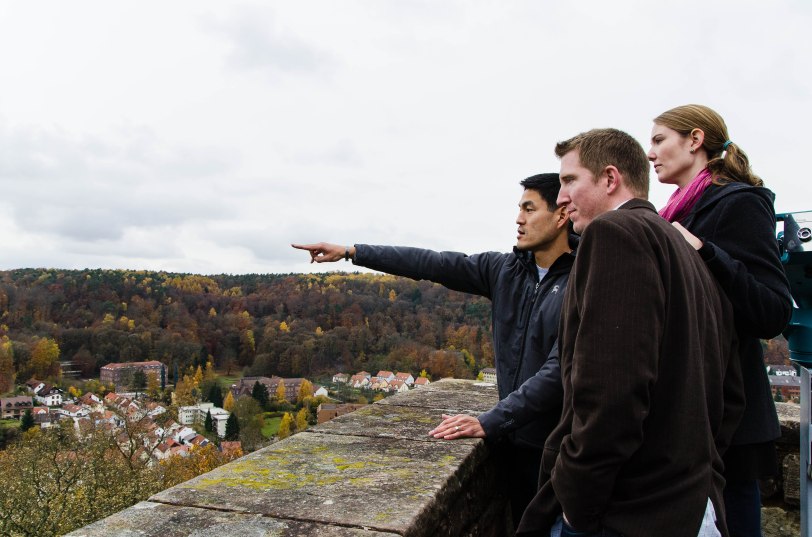 It was a fun and memorable week with these two! Hope you guys return within the next couple of years so that we can continue where we left off. 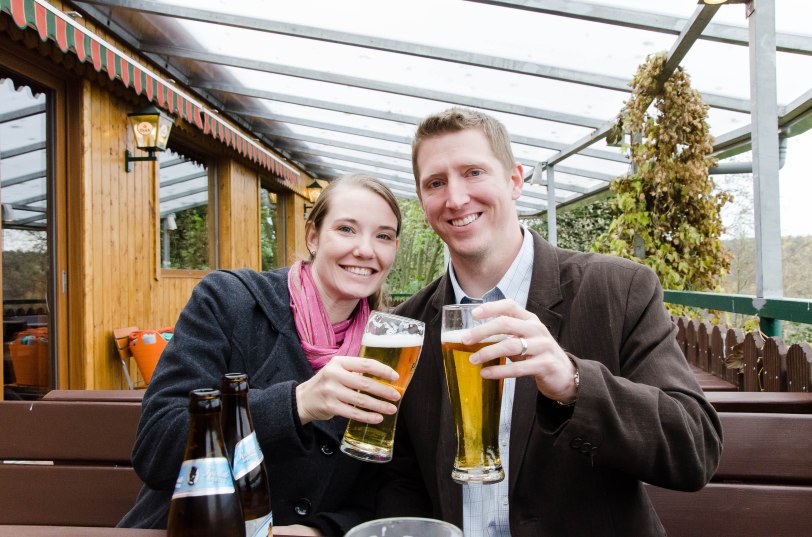