Christmas and a close to an amazing year!

I hope you all had a wonderful holiday season with close friends and family!
For Andy and I, it was our first Christmas without family around but we were lucky to be surrounded by good company here in Germany. It was an amazing month filled with Christmas markets, parties, and dinners for us. A little sad it’s all over already!

2012 has been such an amazing year and we’ve been blessed in so many ways. Andy and I got married, honeymooned in Hawaii, moved to Germany, traveled around Germany, Paris, Belgium, and London. How many people get to say that they did all of that in the past year?! Actually, that all has happened within the past 6 months! It’s been such an adventure not only being able to travel, but the people we’ve met along the way and the relationships that have formed. I can’t begin to tell you the good people we’ve met, such as our mechanic, neighbor, other military families, and even random strangers, such as other hotel guests.
I also want to mention how thankful we are for the most wonderful, loving, supportive friends & family. We wouldn’t have been able to do any of it without you guys. Thank you all!
I’m so excited going into 2013 and can’t wait to see what’s in store for us. What experiences will we have this year?!

Well, before I start posting anything for the New Year, let me catch you up on the last couple of weeks of December.

December 20, 2012
I had to finish some last minute Christmas shopping so I went to a nearby shopping mall that I heard about in Saarbrucken – Saarpark Center. It was my first time in a German shopping mall that sort of reminded me of an American one. It was small but it got the job done. 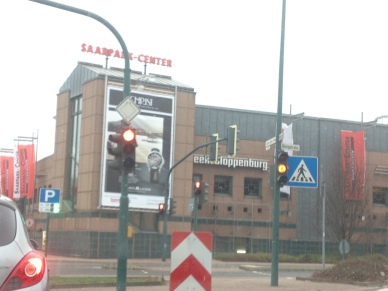 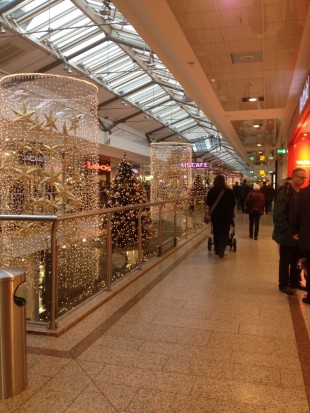 December 21, 2012
We hosted an adults only holiday party for Andy’s department at our house. It was such a great time as we started the night with food and drinks before going into a round of Minute to Win It games and ending it with a dance party in our dining room. Success! 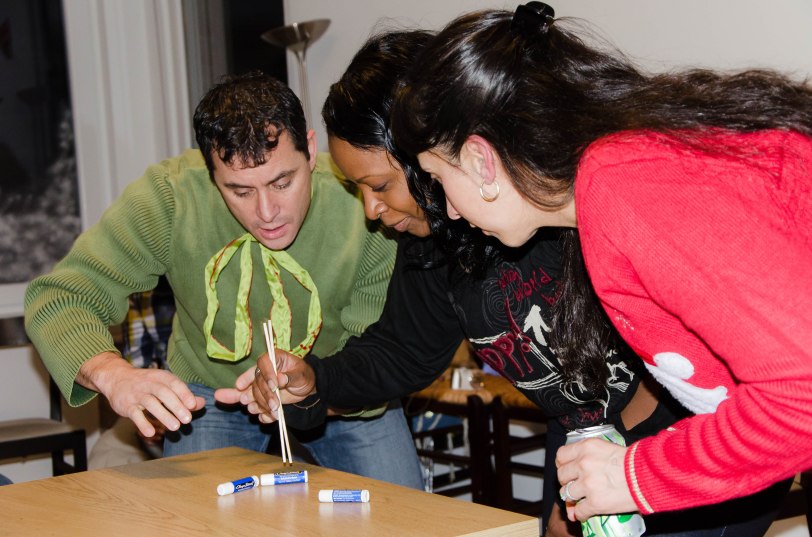 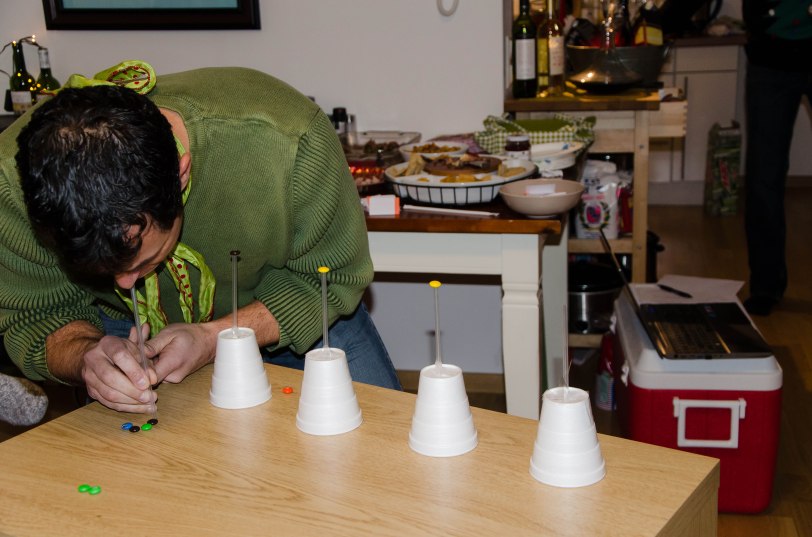 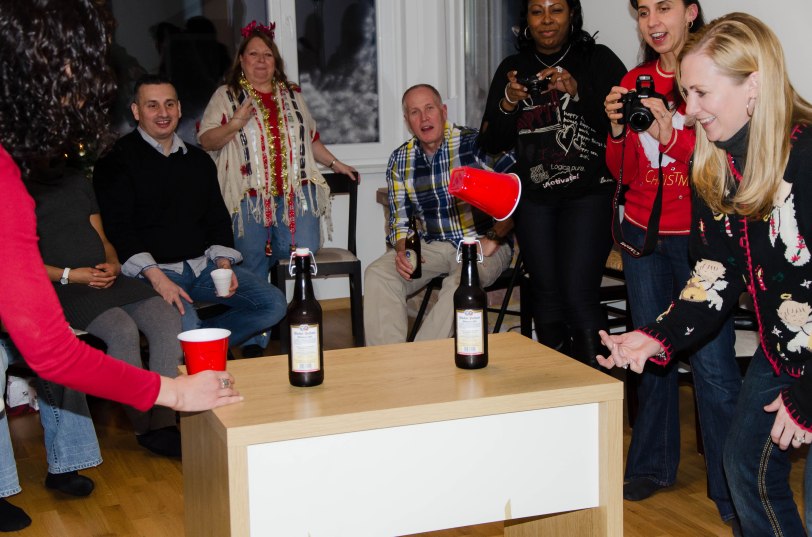 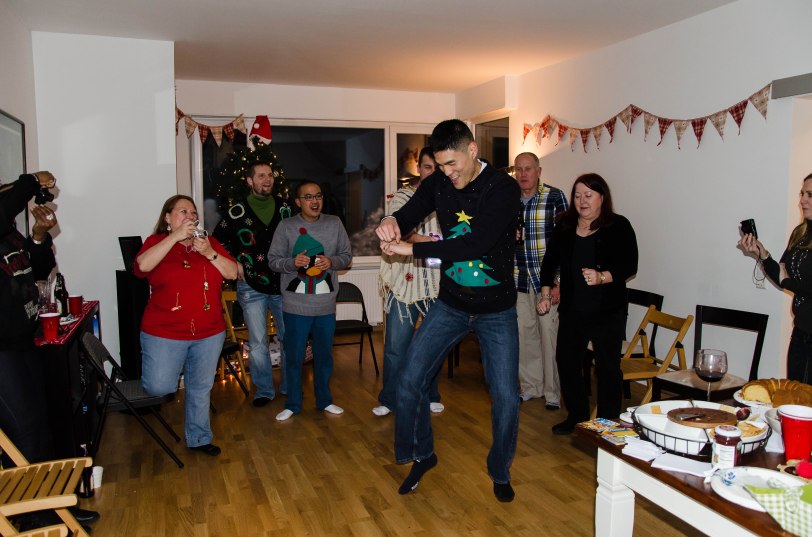 December 23, 2012
We got together with the Remos for our final 2012 Christmas market trip. This time, we crossed the border into France to check out a market in Strasbourg. We were a little disappointed to see that most of the market seemed to have already shut down for the season, but it was still a new experience and neat to see a new town. 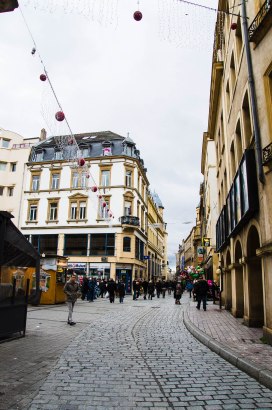 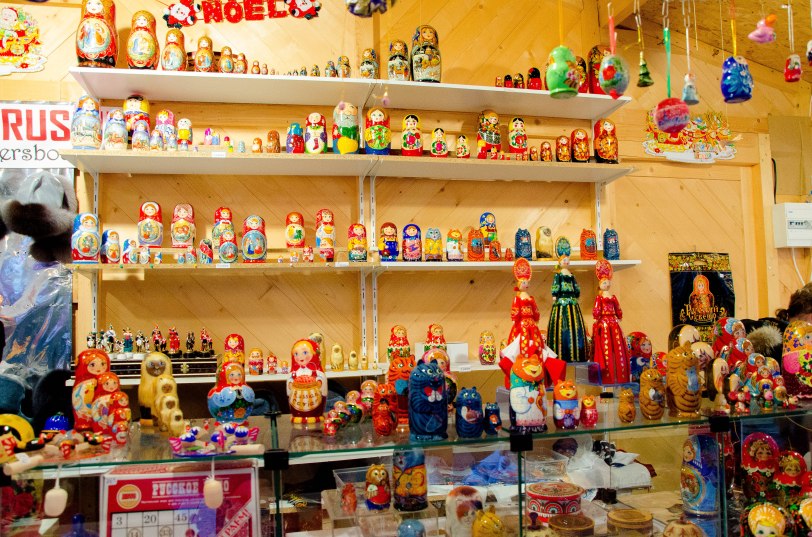 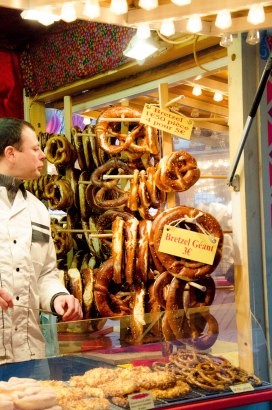 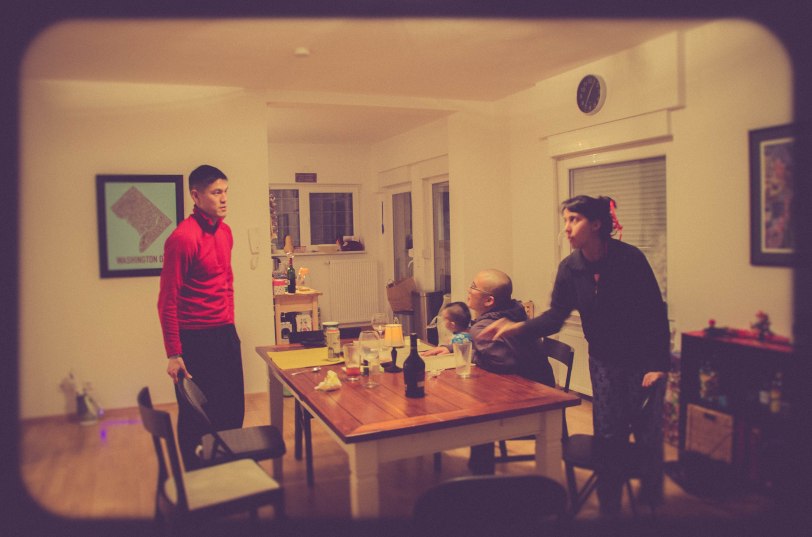 December 25, 2012
MERRY CHRISTMAS!! Andy and I exchanged presents in the morning and then headed over to the Clarksons for dinner with a few other families. 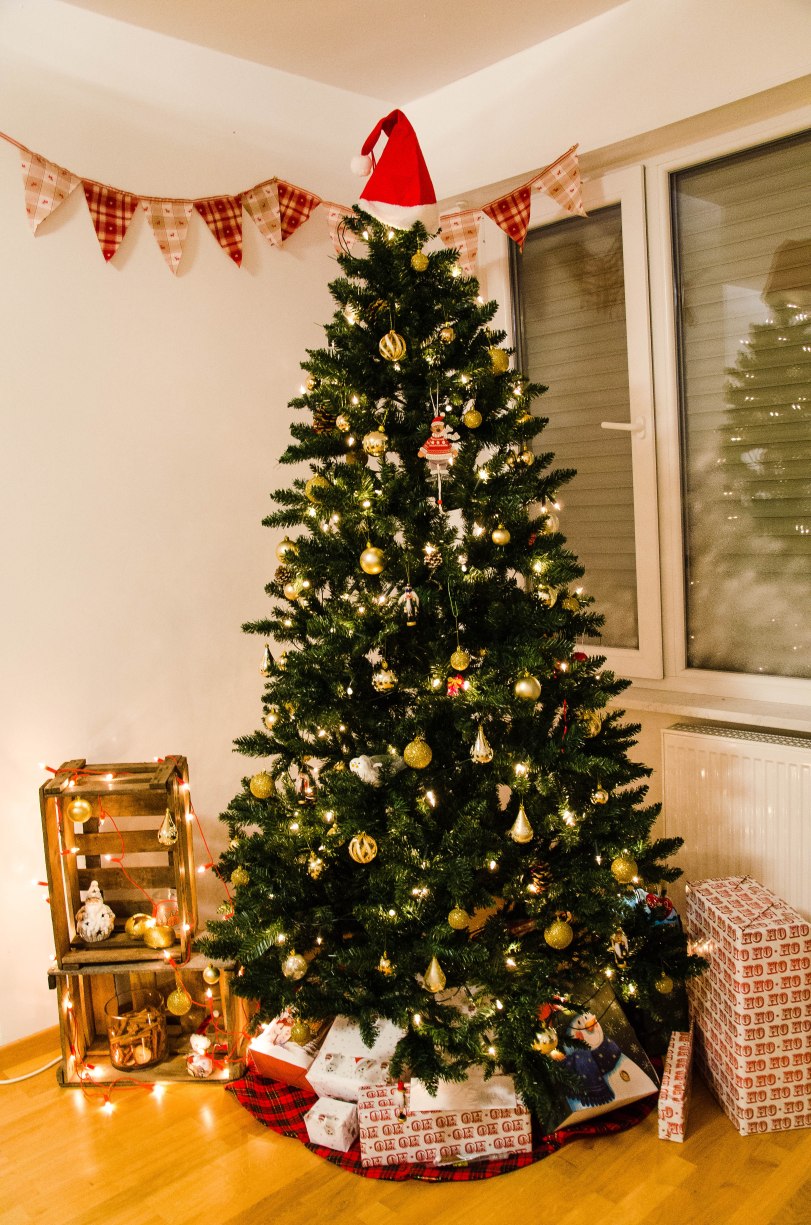 I made some delicious Korean Sweet Potato Rice Balls (donuts) for the dinner party. (Big thanks to one of my favorite recipe blogs – http://www.beyondkimchee.com/sweet-potato-rice-donuts/ ) 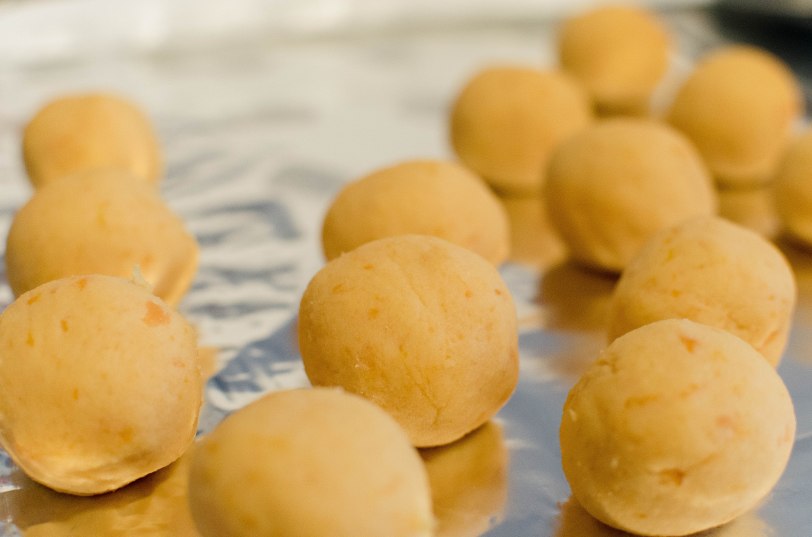 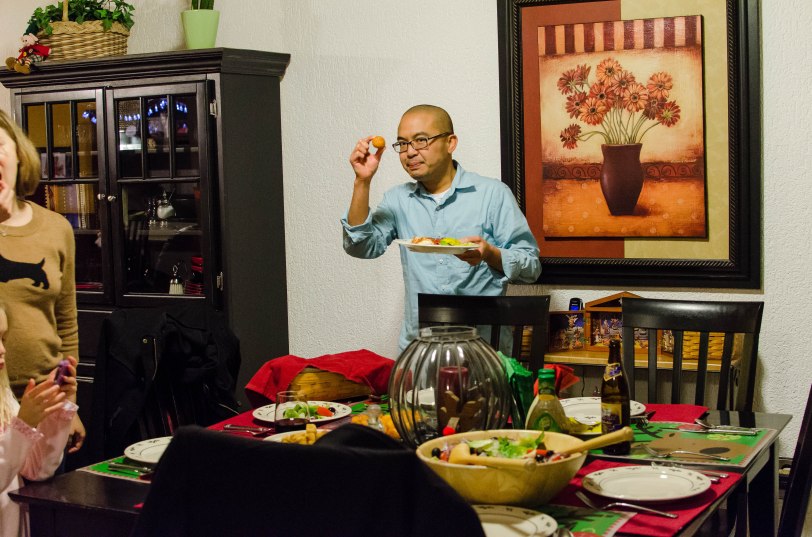 Coming Soon….
The last days of December with our special visitors from the states.
Stay tuned! =)

One thought on “Christmas and a close to an amazing year!”